Some posts may include affiliate links. Thank you for supporting Sweet Charli! 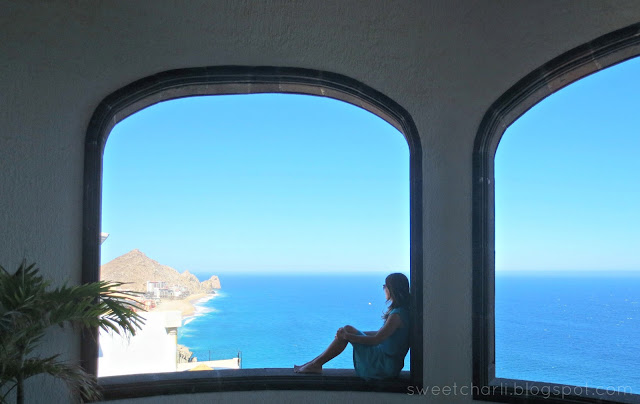 If you follow me on Instagram, you know that I recently was in paradise!  You also were probably sick of seeing all of my pictures and what do you know, I’m posting more here today!

My husband and I had the privilege of traveling to Cabo San Lucas, Mexico with his parents to celebrate him graduating!  It was a well-awaited vacay as he has been working so hard at school after starting at a later age, 4 years after we were married.

We stayed at a friend’s house, the most beautiful house in Pedregal with the most breathtaking views.  The house sits up top a huge cliff right over the ocean and has a 180 degree view of the Sea of Cortez on the left, and the Pacific Ocean in front and on the right of you.  The house is popularly named “La Casa Grande”. 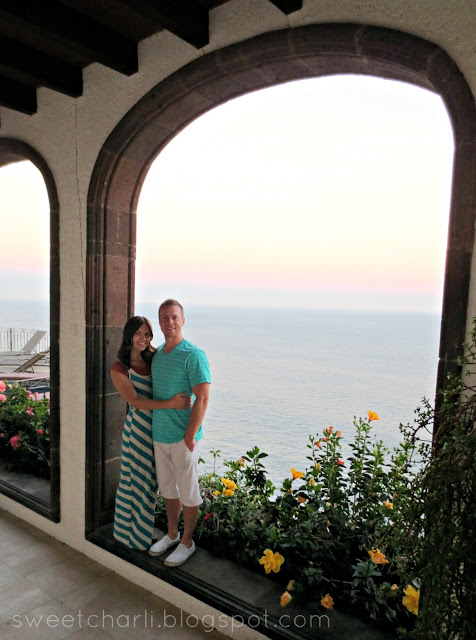 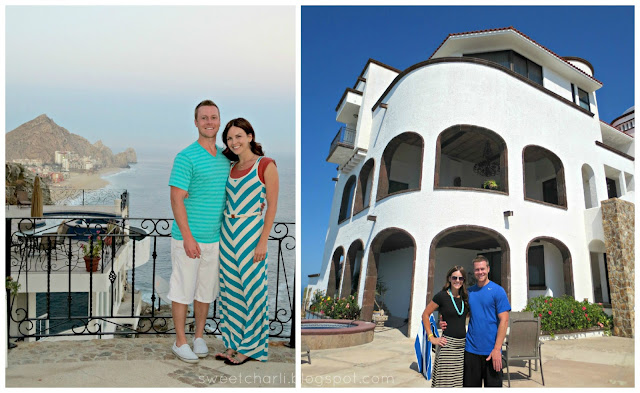 I really wish I was able to capture every second of every day on camera.  I also wish I could come up with new ways to pose with my hubby for pictures!  Do you ever feel like you’re doing the same thing in every pic?!! 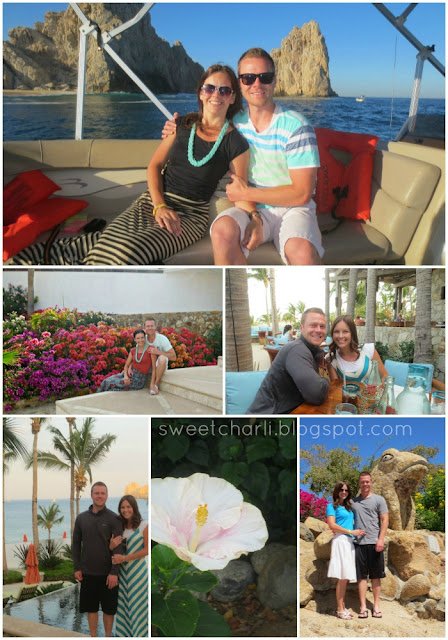 We stayed 6 days in Cabo and they all consisted of laying out by the pool, exercising on the beach (which was right below us and usually had no one on it), and eating!  🙂  My Father-in-law had some wonderful places for us to eat at since he had been there before.  Here are a few of our favorites:
Los Claros
Blvd Antoinio Mijares, Cabo
I had never eaten shrimp tacos before this trip.  I didn’t know what to expect of them but HOLY COW! these were delish!  They say Los Claros has the best sea food tacos in Cabo and I stand behind them for sure!  If you come here, make this a lunch stop.  We ate here three days! 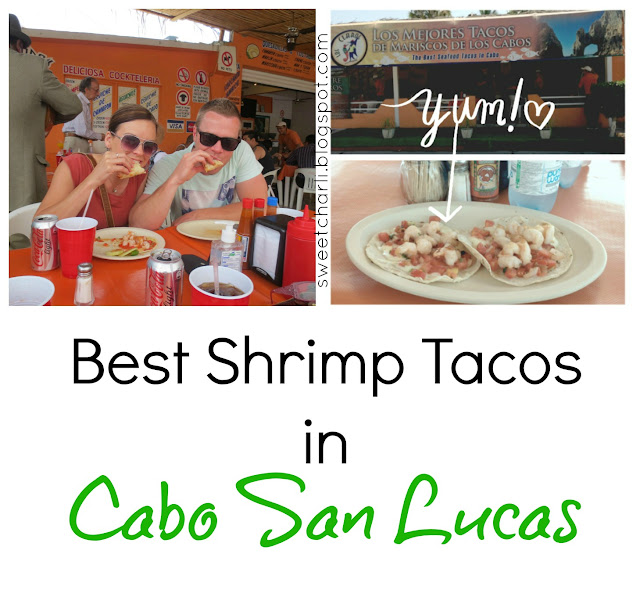 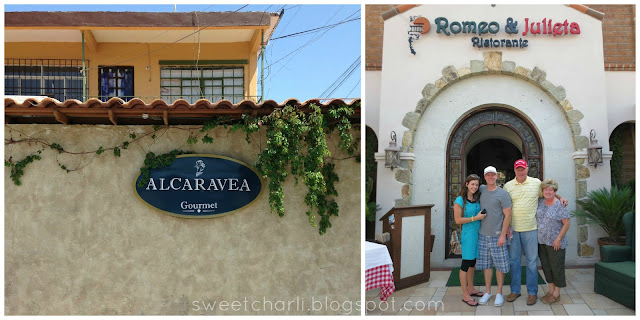 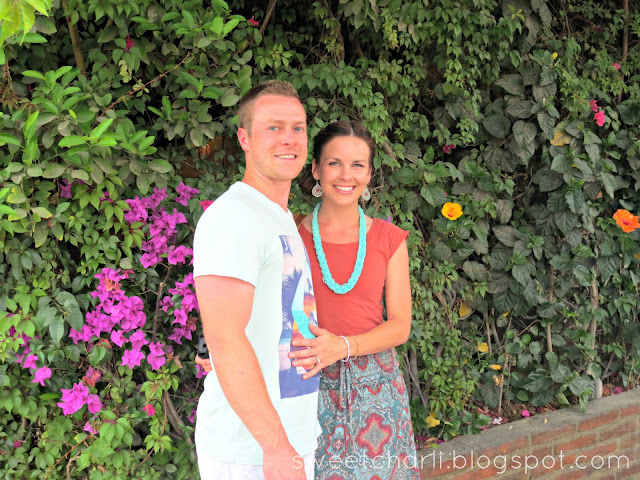 This is us in front of Alcaravea with the cute vine in the background.
Click HERE for Part 2 of our trip for more fun things to do in Cabo!
Click HERE to see the recipe of Churros de la Casa, a spectacular dessert we ate at the Hacienda Beach Club! 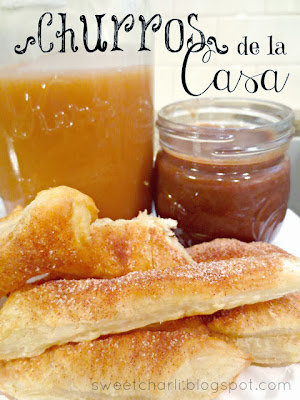 Get Your 7 Day Meal Plan!

All text, original photos, and ideas from Sweet Charli are happily shared with you for your enjoyment. If you would like to blog about or share something you find on Sweet Charli, please obtain permission first. Any content that is borrowed, with permission, must be linked back and credit given to Sweet Charli as the origin. Thanks!